On a NICOTINE BINGE? Welcome to the beginning of the end 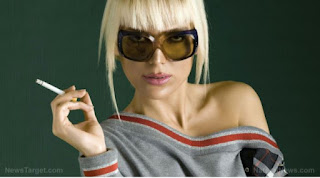 How many years have gone by for you, saying you’re going to quit, over and over again? What’s your poison? Is it cigarettes or that little vape gadget that’s got you hooked on the world’s third-most-addictive drug? Where does the addiction end, and longevity begin? We’ve got a simple answer for you, and it’s called your pivot point. This is the fulcrum of your lifestyle change. Knowledge is power, and once you have that knowledge, all you have to do is act on it.

This is the beginning of the end of your nicotine binge, or someone you know who wishes they had the roadmap that leads them out of the labyrinth and away from one of health’s vicious downward spirals, better known as nicotine addiction.

A binge is defined as a period of excessive indulgence in a certain activity, especially eating, drinking or taking drugs. Though many consumers only view smoking or vaping as a habit, time becomes the ultimate enemy as the nicotine constricts blood vessels, limiting oxygen and nutrient flow. Continued use becomes consistent abuse, and it’s almost as hard to quit nicotine as it is crack cocaine or heroin.

What starts off as a de-stressor, or a “drinking only thing,” can easily turn into a pack or two a day, or 15 vape drags every 20 minutes all day long. Nicotine is a stimulant in the short run, but a depressant in the long run, just like alcohol; therefore, nicotine use can compound your problems, mentally, physically and even spiritually (due to all the chemicals in cigarettes).

There’s a story about a guy who smoked so much he even smoked in the shower, and that’s just over the top ridiculous, but true. There’s another story about a guy who couldn’t quit smoking because his wife would find out that he started again. How’s that, you may be wondering? He attested that he gets cranky for days, even weeks, when he quits. He had smoked for years with his wife, then they both quit at the same time, months prior. Then he started smoking again, without her, and didn’t want her to find out.

That’s why he can’t quit now, he says, because he gets too cranky without his ‘nic fix’ and she’ll know. It’s a double-edged sword that cuts you either way, but what if there was a natural solution, a simple but innovative way to escape nicotine addiction and the ritualistic ‘fix?’

Here’s how you end nicotine addiction during the first four days, during the true physical withdrawal period, and here’s how you stay off nicotine by boosting your dopamine levels naturally, day in and day out. There are certain nutrients in particular superfoods and supplements that can boost dopamine levels naturally, with no chemicals, drugs or artificial ingredients.

Whether you vape or smoke, nicotine has a kryptonite that steals its power and empowers the consumer to make healthier choices when looking for something to relieve stress, anxiety, or the “urge” to light up or vape. Kick the urge and you kick the habit.

An innovative, functional beverage called Krave Kicker delivers that ultimate dopamine boost with mucuna pruriens, while balancing the central nervous system with top quality vitamin B-12 as methylcobalamin. These work synergistically to zero out nicotine cravings for hours. It’s cutting edge and proven effective as a natural nicotine alternative in the same price range as the nicotine patch and nicotine gum, that both still contain nicotine.

Tune your internet frequency to StopSmoking.news for updates on more nicotine alternatives that don’t contain nicotine, so you can weigh out all of your options.

Sources for this article include:

Popular posts from this blog

August 11, 2016
Whole Foods Market, Inc. is a corporate run superstore that claims to sell only foods free from artificial ingredients, yet as much as 30% of their products (including the prepared fresh food bar and personal care products) contain genetically modified and synthetic ingredients, including the pesticides engineered to kill insects and weeds (that otherwise deplete profits from their bottom line). The first Whole Foods store opened in 1980 in Austin, Texas, which still remains the headquarters of the largest undercover GMO-pushing market in the North America. With nearly 100,000 employees and over 400 outlet stores spread across America, United Kingdom, and Canada, the company experienced rapid growth by acquiring hundreds of natural food chains over the last few decades, including “Bread & Circus,” “Mrs. Gooch’s Natural Foods Market of Los Angeles,” and “Bread of Life” stores. By 1999, Whole Foods had opened its 100th store. Whole Foods hides their use of GMOs and cheap, toxic
Post a Comment
Read more

April 15, 2020
You probably remember “Kryptonite” from the Superman movies. It was that greenish-hued crystal that drains Superman’s powers, while being harmless to humans. Now think of how powerful the nicotine addiction is, well that is, until it “meets” mucuna pruriens, an amazing bean that grows on planet Earth, that actually drains the power of the addiction, by raising dopamine levels safely for humans. Kryptonite may be fictional, but mucuna is not fictional. It’s real. It grows naturally in tropical climates, like in India and Brazil. Then it’s harvested and sold in supplements. The mucuna plant has thin, long branches with large green leaves, and the stems blossom white flowers and exotic, purple, pod-shaped, 4-inch-long legumes. The fuzzy purple coating is not consumed, but the bean, the leaves and the roots are used as natural remedies and come with a laundry list of health benefits, that are now backed by peer-reviewed science, medical research and clinical studies. A pee
Post a Comment
Read more

March 25, 2014
So we start this whole thing off with cancer, since that’s the biggest “mystery” on earth. Cancer, the eighth wonder of the world, or is it the ninth? Cancer – that “disease” (actually it’s a disorder) of the cells where certain dying or “chemicalized” cells mutate and multiply uncontrollably, then attack your good cells. Scientists all over the world cannot figure out a vaccine or medicine to cure this problem. Or can they?   Then there’s Alzheimer’s disease, again, not really a disease at all. It’s not contagious and you don’t inherit it either, so forget about that big lie. Yes, it’s “genetic” because your genes get screwed up, and oxygen can’t get to your brain. Can anyone say “aluminum and lead in food?” Scientists certainly can’t build a human brain, and they definitely can’t take it apart - to figure out what causes seniors to forget who their immediate family is, and not know how to take care of themselves anymore. There’s just no pharmaceutical cure for that.
1 comment
Read more